Participating in the BRICLab Residencies’ production of Climate Change: An Opera, work-in-progress, Dee was one of a quartet of performers who deal with climate change through “songs, snacks, games, and binge-watching tv…”

December found Dee working with a reading and music of the play Dearly Beloved (written by Chana Porter; music composed by Deepali Gupta). She also participated in the culminating performance of the 12 Shouts to the Ten Forgotten Heavens, in the Winter Solstice performance.

Dee continued her work on the Sounds and Fury production abroad.

Dee performed in The Left Eye of Horus, written and composed by Johnny Gasper, at Dixon Place. She also traveled abroad for the first round of rehearsals for the Sounds and Fury production, touring in 2020. Sounds and Fury is written and directed by David Geselson.

The Autumn Equinox saw Dee participated in the 11th installment of 12 Shouts to the Ten Forgotten Heavens.

Dee collaborated with artist Seung-Min Lee in the performance of Intolerable Whiteness at The Kitchen Theater NYC. She was selected to participate in a two week workshop in collaboration with Harlem Stage, Company Lieux-Dits, and the Theater and Dance division at the Cultural Services of the French Embassy.

The Hollow run ended June 2nd. Dee begins the summer run of the 10th installment of the 12 Shouts to the Ten Forgotten Heavens.

Dee performed in The Hollow, a play by Matt Freeman.

Dee kicked off the final year of Sibyl Kempson’s 12 Shouts to the Ten Forgotten Heavens with its ninth installment.

Dee shot a pilot for Whose It Gonna Be, written and directed by Alexis Powell and produced By Samin Pogoff. She also performed during the Avant-Garde-Arama Festival at Performance Space New York with 7 Daughters of Eve.

January brought a chance for Dee to work with playwright Matt Freeman as he explored his play The Starving Dress, as well as with other talented artists, including the amazing choreographer Djahari Clark, under the direction of Jessi Hill.

At the Association of Performing Arts Professionals (APAP) festival at the Whitney Museum, Dee performed in a 7 Daughters of Eve presentation of a “Best Of” its work.

Under the direction of composer and director Roland Auzet, Dee performed in Bernard-Marie Koltes’ two-person play In the Solitude of the Cotton Fields as part of The Night of Philosophy, a 12 hour event that brought together philosophers from around the world for lectures and performances.

Dee is currently recording episodes for the extended season of Caillou, the long running Canadian educational children’s television cartoon. Dee’s role is the voice of the Narrator in the French language version.

December saw the eighth installment of and Dee’s seventh participation in Sibyl Kemspon’s 12 Shouts to the Ten Forgotten Heavens. The Winter Solstice was welcomed by the 7 Daughters of Eve Theater & Performance Company on December 21st.

Dee participated in the reading of and presentation for the five Francophone novelists shortlisted for the 2018 Albertine Prize, which recognizes American readers’ favorite French-language fiction titles that have been translated into English.

Christmas Belles and Mistletoe, written by Linda West, was released as an audiobook in time for the holiday season. Book 6 in the Love on Kissing Bridge Mountain series, this holiday mystery is beautifully narrated by Dee and is available for download on Audible.

In November, Dee had the privilege of working with Christina Anderson in a workshop exploring her play in development, the ripple, the wave that carried me home, which was directed by Robbie McCauley. This project was part of a two-week in-house retreat for five resident playwrights and their collaborators, designed to explore ambitious work. She also participated in a reading of Kirk Wood Bromley’s play Want’s Unwisht Work at the New Dramatists, directed by Robert Ross Parker.

Dee’s work as the voice of the Narrator for the long running Canadian educational children’s television cartoon, Caillou, is well underway. She has been invited to and re-committed for more recordings in 2018!

Dee participated in the presentation of Cori Thomas’s Liberian Legacy Trilogy, directed by Mary Adrales, at the New Dramatist. She also was a moderator for In The Solitude of the Cotton Fields by Bernard-Marie Koltès. Co-presented by NYU Skirball and NYU Center for French Civilization and Culture, this U.S. English premier was directed by Roland Auzet.

September brought with it the Autumn Equinox and Sibyl Kempson’s seventh installment in the 12 Shouts to the Ten Forgotten Heavens series; this was Dee’s sixth show in the three-year iterative performance.

When not acting, Dee is diving into all aspects of theater! Dee collaborated with Oceana James’ one woman show, For Gowie: The Deceitful Fellow, at Brooklyn’s Brick Inc., during the This Is Not Normal: Arts and Activism festival.

June saw the sixth installment of and Dee’s fifth participation in Sibyl Kemspon’s 12 Shouts to the Ten Forgotten Heavens. The Summer Solstice was welcomed by the buoyant members of the 7 Daughters of Eve Theater & Performance Company on June 20th.

Following the welcoming of summer, Dee participated in an intensive workshop for a play under development at the New Dramatists in New York City. The workshop culminated in a concert-style performance of the music, composed by Graham Reynolds and written by Sibyl Kempson.

Dee has signed on to be the voice of the Narrator for the long running Canadian educational children’s television cartoon, Caillou. In addition to this exciting voice-over project, Dee’s focus this month has been auditioning and rehearsing for several upcoming projects.

Working on two children’s books has been a fun challenge! Dee has completed a recording of The Legend of Geoffrey, an uplifting children’s storybook. The novel will be translated into 10 different languages; Dee has the pleasure of completing the French narration.

Dee has partnered with the Nice Girls Club, whose mission is to empower young girls and women to be self-confident and kind in all that they do. Dee will be the voice of their first novel, proceeds of which will help support the organization’s cause.

Currently, Dee is co-directing Arthur Miller’s The Crucible, featuring an amazing cast of Bronx teen actors, and is also recording an audiobook, due for release in the 2017 holiday season. 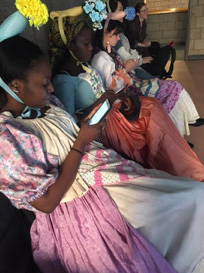 Dee performed in Sibyl Kempson’s iterative performance project, 12 Shouts to the Ten Forgotten Heavens, at the Whitney Museum of Art. 12 Shouts marks each solstice and equinox from March 2016 to December 2018; the March 2017 spring installment was Dee’s fourth performance with the 7 Daughters of Eve Theater & Performance Company.

Dee also worked with some truly talented women during the Thalia Festival at the Roebuck Theater, which featured a series of plays written by women and performed with all-female casts. 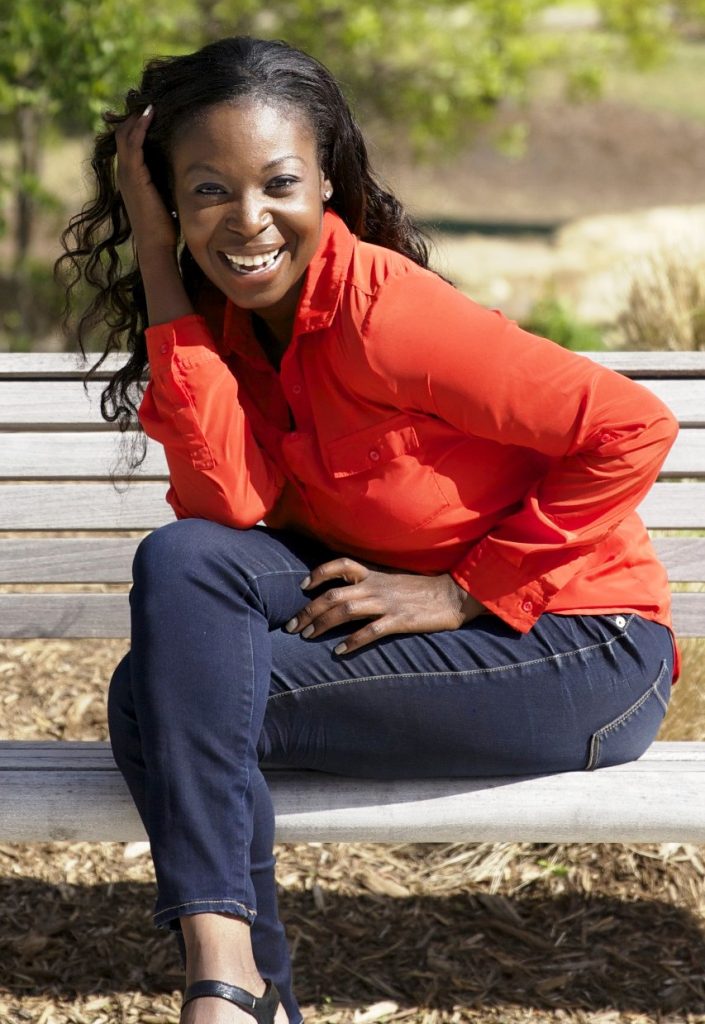